It’s easy to forget how Rome, with its gladiator stadiums and monumental fountains, sits a mere 45-minute drive from the coast. With a 7,600km shoreline, it is no wonder Italians are such nautical creatures. The popular seaside image of my compatriots is one of smug sunbathers eating lasagne in Speedos. But as an Italian from the Tuscan coast raised on sports dinghies and catamarans, I can attest that that is not the entire picture.

Romans are, in fact, a very active bunch. Their atavistic call to the high seas harks back millennia, with many a mythic tale such as emperor Nero’s attempt to drown his mother in a custom-made leaky boat. More recently, in 1983, the first-ever Italian competitor to take part in the Louis Vuitton Cup, the qualifying regatta for the America’s Cup, was Azzurra, a boat designed in Rome. At the Tokyo 2020 Olympics, Roman Caterina Banti snapped up the sailing gold medal with Ruggero Tita on the extraordinary foiling catamaran Nacra 17.

There are plenty of ports to sail from near Rome: the wonderful coastal towns of Gaeta, Nettuno, Ostia, Circeo, Fregene, Fiumicino and Anzio, are all a reasonable drive from the city. Sailing weekends can be booked via Rome’s excellent sailing schools such as Altura, operating tours and sailing classes from all over the Lazio region. But if you don’t have weeks to spare, I recommend you steer your bow towards the Tuscan Archipelago from Monte Argentario near the lovely coastal town of Orbetello, or to the Pontine Islands, setting sail from the port of Nettuno. Despite being a life-long, yet staunchly amateur, sailor and not-so-easily impressed Italian, I am continually stunned by the sheer beauty of these islands and their cliffs — the inspiration for so much poetry and legend.

Below are two inspiring trips around this part of the coast. Zip up your wind jackets, hoist the sails and cast your eyes to the horizon. You’re about to set sail.

Monte Argentario and the Tuscan Archipelago

“Sailing relieves people from their everyday burdens,” our Roman skipper Vittorio Lanzi says as he scans the horizon for any signs of changes in the wind. We are about to sail from Monte Argentario’s Cala Galera, an enchanting little marina in southern Tuscany that is an easy two-hour drive from Rome.

Some attribute Argentario’s name to the silver colour of the water surrounding it; others claim it derives from an ancient Roman aristocratic family, the Domizi Enobarbi, who were argentarii, or money lenders. This once-volcanic semi-island emerges vertically from the Tyrrhenian Sea, its harsh rocky cliffs overhanging secluded pebbled beaches, many only accessible by boat.

The route for our four-day round trip is ambitious: we want to visit Giannutri, head from there to Isola del Giglio and continue to Isola di Montecristo, if the wind allows it. Mistral or not, we’re in safe hands with Altura, a well-respected Rome-based sailing school. While its teaching suits all levels, you should be warned that its itineraries are not for those who wish to sunbathe on deck.

Once the wind is favourable, Vittorio immediately puts us to the test. We take turns at the helm of Altura’s boat Calliope and handle lines. Some coil mooring lines and fix the fenders above deck; others, with eyes on the Windex, establish the point of sail. Cala Galera disappears behind us, and ahead all we can see is blue.

Eventually, in the distance, Giannutri, the southernmost island in the Tuscan Archipelago, appears. Inhabited by only about 20 people, it’s possible to trek across it in an hour. We are hoping to swim to shore with jelly sandals and roam around its hiking routes, which unfold across the island’s Roman ruins. Unfortunately the wind is too strong and swimming from the boat would be too dangerous, so we enjoy the view from Calliope’s deck.

Isola del Giglio is next on our itinerary. This Tuscan island made headlines 10 years ago after the Concordia cruise ship hit rocks just 100 metres from its coast, leaving 32 dead and causing immeasurable environmental damage. But today’s strong winds, which Vittorio explains blow straight from the Bocche di Bonifacio, the strait between Corsica and Sardinia, would make sailing to Giglio an unsafe pursuit. So instead, we head back to Cala Galera for a dinner of pizza, roast beef and spinach from El Merendero, a local eatery, which we enjoy on board.

The following morning we sail up and down the coast. From Feniglia, we tack, we jibe, we reach the coast of Ansedonia and, from a distance, we can see the Isolotto, Argentario’s greatest rock, and the Isola delle Formiche (“island of ants”). The mistral is still strong, but not so that we can’t make the most of it. “Killer gait upwind,” Flavio, a fellow sailor, shouts. We drop anchor and stop for lunch, but we can’t eat without lowering the sails because c’è troppo vento (there’s too much wind).

Sailors need to be adaptable, and as we learned, itineraries change depending on the wind. But sailing for shorter stretches with strong winds and returning to the marina at night is an experience I highly recommend for the uninitiated, as it requires less physical endurance. (And if weather conditions preclude leaving the marina at all, Altura will hold your booking until the next available slot.)

Back on land, I think of Vittorio’s words as we drive through traffic en route to Rome. He said: “On sailboats, people go back to their true selves, they’re not the person who goes to work every day. They look at the sails filled with wind, and their eyes light up — for me, that’s freedom.” For me too.

Halfway between Rome and Naples and far out at sea are the Pontine Islands, inhabited by fishermen since ancient times. We are standing on the dock at the port of Nettuno, a medieval citadel an hour or so south of Rome, looking towards the horizon, but the islands lie tantalisingly out of sight. The stunning Beneteau 50 “Ma Mousse”, a sailing yacht with a crew of 10, awaits us.

Our skipper Riccardo from sailing club Vivere in Barca a Vela is keen for us to do some sporty sailing this weekend, but it looks as if our group is rather more interested in lazing around on deck. While the group mingles on board over mozzarella di bufala, tomatoes, tuna and olives, and copious pours of Pecorino wine, I take a moment to search the map for Ponza, a crescent-moon-shaped island that at 10 square kilometres is nevertheless the largest of the Pontines. From there we’ll sail south-east to Ventotene and back again to Palmarola, west of Ponza, before returning to Nettuno.

The next morning we wake late to find ourselves in a Mediterranean paradise, floating over pristine azure waters, alongside gargantuan white and golden rocks overhanging the sea. This is Ponza, and in front of us we can see Scoglio del Parroco (“the priest’s rock”), an imposing natural arch of dark-brown rock with a shape so precise it looks man-made. The morning heat is rising already and the crew are already in the water on stand-up paddle-boards, or donning masks and snorkelling gear as they search for fish. Another member of our party emerges from the sea exclaiming: “Ragazzi, we are in snorkelling heaven.”

After lunch, we circumnavigate Cala del Core and Grotta degli Smeraldi’s vertiginous rocks, smooth and white. Ponza’s landscape feels near lunar, and its otherworldly beauty enticed Federico Fellini to use it as the backdrop to his outlandish 1969 film Satyricon.

Later that night, we make for Ventotene, known as the island che vento tiene (endowed with much wind). Its story is of curse and exile, with historical roots that run deep and close to Rome — and the rest of Europe. Called Pandataria (meaning “dispenser of all goods”) by the Greeks, Ventotene became a place of exile as early as imperial Roman times. Augustus shipped his daughter Julia here, following charges of adultery, then Nero expelled his wife Octavia to the island so he could be with his new mistress Poppea. In the fascist era, Ventotene’s remoteness made it a favoured site to imprison and torture anti-regime militants and dissidents, including the future Italian president Sandro Pertini. The circular Bourbon prison on the islet of Santo Stefano is open to visitors.

On Ventotene the air is surprisingly still. The narrow Roman port, with its ancient arches smoothed by centuries of wind, is packed with improvised dockings, double-parked sailboats and motorboats. Crew member and historian Diego tells us that while incarcerated, antifascist militants Altiero Spinelli and Ernesto Rossi wrote the Ventotene Manifesto, an outline for a democratic federation of Europe. “In Brussels you’ll find a [European parliament building] named after Altiero Spinelli,” he says. As we stroll back to the port, I notice a tiny square is called Piazza Europa — a sign of its cosmopolitan past.

But of all the Pontines we explore, it is Palmarola that leaves us completely enamoured. With emerald water and an untouched hillside, the island is uninhabited (except for when the Fendi family use their holiday home there). As we moor up, we see a sea stack, the Faraglione di San Silverio, named after the sixth-century saint who legend says once lived there. We climb its steep steps to visit the little chapel on the top and take in a spectacular 360-degree view. Across the bay and next to a handful of old fishermen’s huts is the island’s only restaurant, O’ Francese, which has been serving Italian seafood dishes such as spaghetti allo scoglio and fritto misto to visitors since 1958.

On our last morning on Palmarola, we splash around in Cala Brigantina before exploring a gargantuan holed grotto, the Faraglione di Mezzogiorno. As I dive into the water one last time, I muse on the rich appeal of these islands: millennia-old, sung by poets, inspiration to philosophers and thinkers, home to fishermen and a magical destination for amateur sailors.

Where do you like to go sailing near Rome? Tell us in the comments

Cities with the FT

FT Globetrotter, our insider guides to some of the world’s greatest cities, offers expert advice on eating and drinking, exercise, art and culture — and much more

The Best U.S. Destinations to Visit in Your 30s 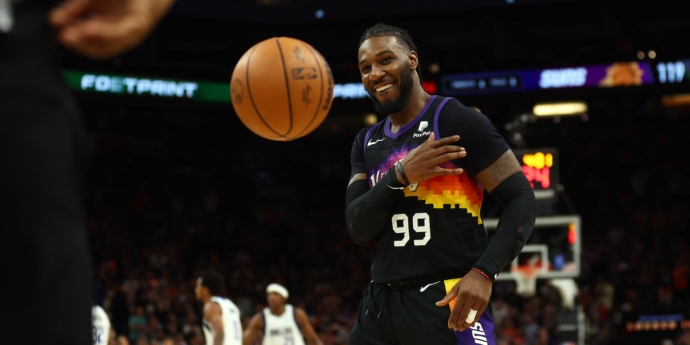 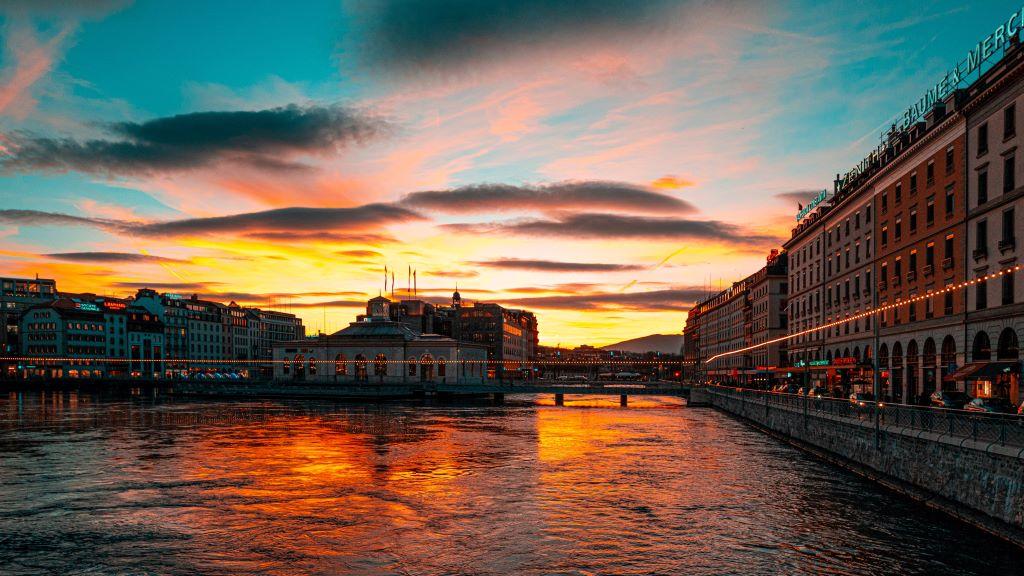